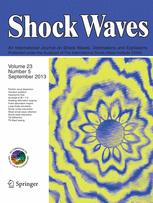 Shock-induced oxidation of two higher-order linear alkanes was measured using a heated shock tube facility. Experimental overlap in stoichiometric ignition delay times obtained under dilute (99 % Ar) conditions near atmospheric pressure was observed in the temperature-dependent ignition trends of n-nonane (n-C9H20) and n-undecane (n-C11H24). Despite the overlap, model predictions of ignition using two different detailed chemical kinetics mechanisms show discrepancies relative to both the measured data as well as to one another. The present study therefore focuses on the differences observed in the modeled, high-temperature ignition delay times of higher-order n-alkanes, which are generally regarded to have identical ignition behavior for carbon numbers above C7. Comparisons are drawn using experimental data from the present study and from recent work by the authors relative to two existing chemical kinetics mechanisms. Time histories from the shock-tube OH* measurements are also compared to the model predictions; a double-peaked structure observed in the data shows that the time response of the detector electronics is crucial for properly capturing the first, incipient peak near time zero. Calculations using the two mechanisms were carried out at the dilution level employed in the shock-tube experiments for lean (ϕ=0.5), stoichiometric, and rich (ϕ=2.0) equivalence ratios, 1230–1620 K, and for both 1.5 and 10 atm. In general, the models show differing trends relative to both measured data and to one another, indicating that agreement among chemical kinetics models for higher-order n-alkanes is not consistent. For example, under certain conditions, one mechanism predicts the ignition delay times to be virtually identical between the n-nonane and n-undecane fuels (in fact, also for all alkanes between at least C8 and C12), which is in agreement with the experiment, while the other mechanism predicts the larger fuels to ignite progressively more slowly.