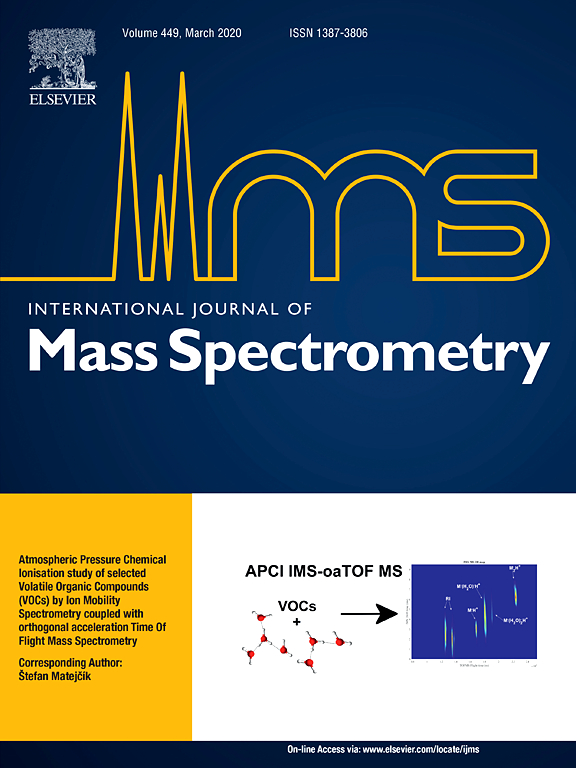 Cyclic ethers are important intermediates involved in degenerate chain-branching reactions during hydrocarbon and biofuel oxidation at temperatures below 1000 K. Depending on the molecular structure of the parent species, e.g. 1-butanol, butanone, or diethyl ether, cyclic ethers can include additional functional groups, such as an alcohol, carbonyl, or a second ether group. Electron-impact mass spectrometry (EI-MS) is a commonly used diagnostic to infer the molecular structure of cyclic ethers, and while mass spectra of simple cyclic ethers using EI are abundant in literature, measurements and related fragmentation patterns of complex cyclic ethers containing multiple functional groups are not, yet are important for determining the presence of species and inferring reaction mechanisms in combustion. The measurements in the present work provide reference EI mass spectra, which enable direct identification of cyclic ether species that are relevant to experimental chemical kinetics measurements of hydrocarbon and biofuel combustion.

EI-MS measurements were conducted for 29 cyclic ethers with diverse functional groups such as alcohols, carbonyls, and alkyl substituents of varying length, 10 of which are reported for the first time: 2,3-epoxypentane, 3,4-epoxybutanol, (2-methyloxiranyl)methanol, 2,3-epoxybutanol, 1-(oxiran-2-yl)ethan-1-one, 3,4-epoxycyclohexene, 4,5-epoxycyclohexene, 2-methyloxetane, tetrahydrofuran-3-one, and 2-hydroxytetrahydrofuran. The objective of the present work is two-fold: (i) to provide reference measurements of EI mass spectra for complex combustion intermediates and (ii) to analyze fragmentation patterns of each species to assess the applicability of conventional mechanisms that are commonly employed for discerning molecular structure. The impetus for the latter objective is that, in the majority speciation experiments, EI mass spectra and fragmentation mechanisms are not reported, which raises open questions concerning the reliability of conventional mechanisms to define structural isomers of multi-functional cyclic ethers.

In the present work, four conventional mechanisms were employed to analyze fragmentation patterns in the mass spectra: a-cleavage, inductive effect, hydrogen rearrangement, and transannular cleavage. The most common mechanism for the cyclic ethers was inductive cleavage, followed by α-cleavage or hydrogen rearrangement. Multi-functional cyclic ethers were more likely to undergo transannular cleavage occurring across the ring in a single step. For several species, however, abundant ion peaks in the mass spectra are not explained using conventional mechanisms. The present results highlight the importance of reference measurements of EI mass spectra for identifying complex molecules in speciation experiments, which is relevant given that ion fragments of the same mass-to-charge ratio (m/z) are common for species of the same mass.