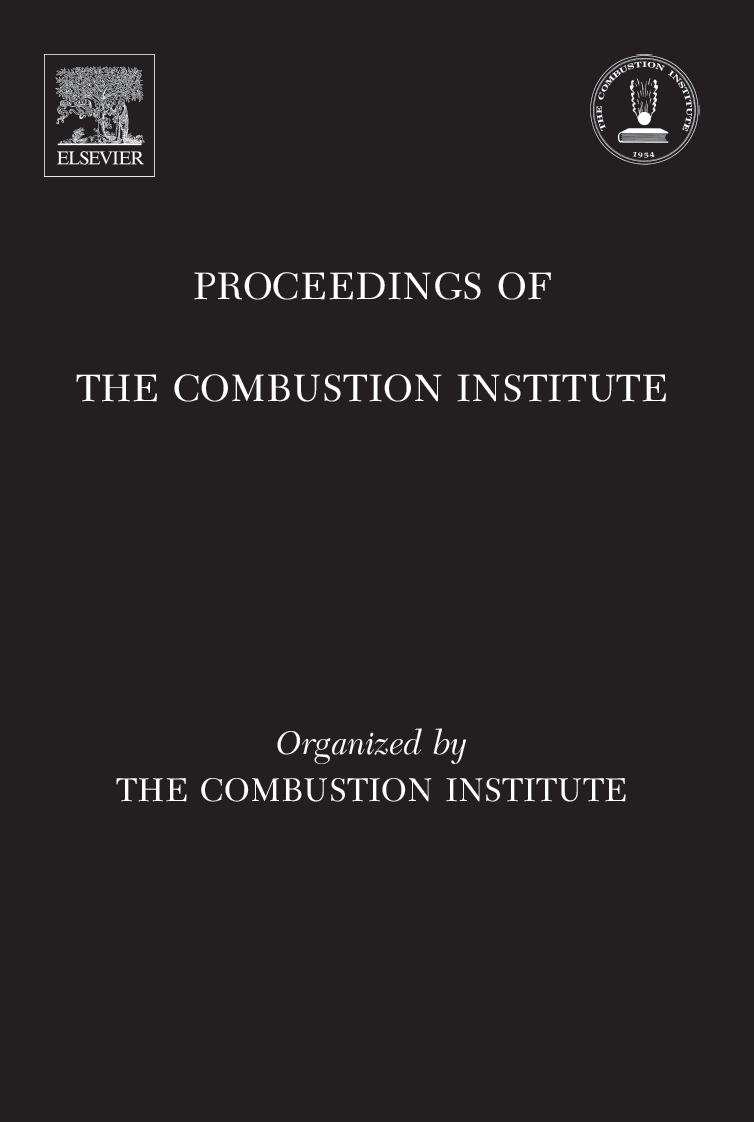 Multiplexed photoionization mass spectrometry (MPIMS) is utilized to examine reaction mechanisms of ̇QOOH radicals derived from cyclohexene, a primary intermediate in low-temperature oxidation of cyclohexane, in order to assess the influence of a single C=C bond in a cyclic hydrocarbon on reactions relevant to chain-branching. The experiments were conducted using Cl-initiated oxidation at 10 Torr and from 500 to 700 K; [O2]0 remained fixed at 3 ⋅1016 cm–3. To complement the experiments, ab initio calculations of single point energies on the potential energy surfaces (PES) of cyclohex-1-en-3-peroxy and cyclohex-1-en-4-peroxy were conducted at the CBS-QB3 level of theory. In total, single point energies for 32 pathways were calculated across four surfaces, accounting for axial/equatorial conformers of ROȮ. The combined experimental and computational results confirm that cyclohexene – a primary intermediate of cyclohexane oxidation – undergoes complex ̇QOOH-mediated chemistry.

The main results from the experiments and calculations include:

Ketohydroperoxide formation is identified by exact mass measurements (m/z 128.047, C6H8O3). Notably, the measured photoionization spectra are nearly identical to those of analogous species formed in n-butane and cyclohexane oxidation. Single point energy calculations reveal that, relative to the equivalent pathway in cyclohexane oxidation, resonance-stabilization in the γ-̇QOOH radical cyclohex-1-en-3-yl-5-hydroperoxy decreases the barrier for ROȮ → ̇QOOH isomerization by 8.3 kcal/mol, yet increases the barrier for unimolecular ̇QOOH decomposition by a similar amount. The net effect is facilitation of ̇QOOH + O2 reactions and subsequent ketohydroperoxide formation, evident by the observation of C6H8O3 despite [O2] of only ∼1016 cm–3, approximately 102 lower than in prior measurements in n-butane and cyclohexane oxidation. The same effect also occurs for resonance-stabilized β-̇QOOH.

Co-products from chain-propagating ȮH-formation via ̇QOOH decomposition were measured directly, including 3,4-epoxycyclohex-1-ene and 4,5-epoxycyclohex-1-ene. Evidence for ̇QOOH ring-opening to hexa-3,5-dienal is also observed experimentally and supported by adiabatic ionization energy calculations. Other products from ring-opening reactions were identified, including ethene, formaldehyde, 1,3-butadiene, acrolein, and 3-butenal, and potential reaction mechanisms are postulated.